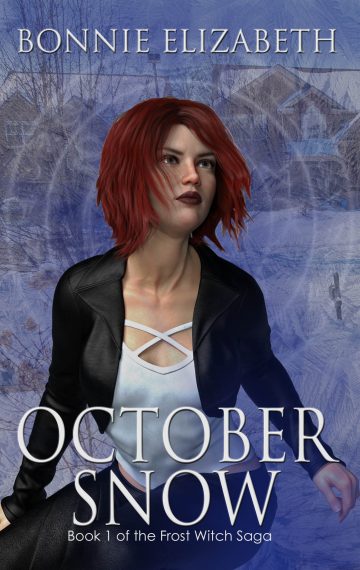 Snow in October isn’t normal in Lexington, Kentucky. Soon enough the residents will know how abnormal the snow really is.

Courtney McLaren hates living alone in her house. When the snow starts falling and no one answers her calls, her night turns terrifying.

The house whispers her name, the plumbing sounds like it laughs at her. Despite her terror, the voices draw her to them. More terrified of herself than the voices, she runs to her ex-boyfriend, Chase Anders.

Chase carries his own secrets and the reason for the snowfall is only one of them.

The group Chase lives with believe Courtney carries the creature that created the snowfall and are determined to stop it, no matter what the cost. Who can help Courtney when she finds herself a prisoner in a strange home?

October Snow is the first book in the Frost Witch Saga