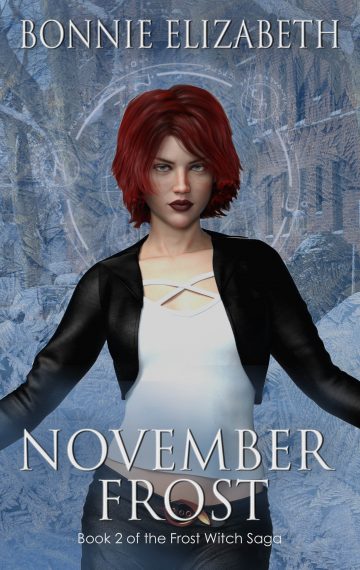 Courtney McLaren hears voices telling her to kill her friends. The urge to obey gets stronger when it snows and this snow is a big one.

Fleeing back to ex-boyfriend’s home, where his friends and their magical cats can help her, Courtney struggles against her voluntary imprisonment.

When Chase, her ex, starts harming the rest of his friends,  only Courtney can stop him. But at what  price?

Once that price is paid, the group can never go back to what they were.

November Frost is the second book in the Frost Witch Saga.