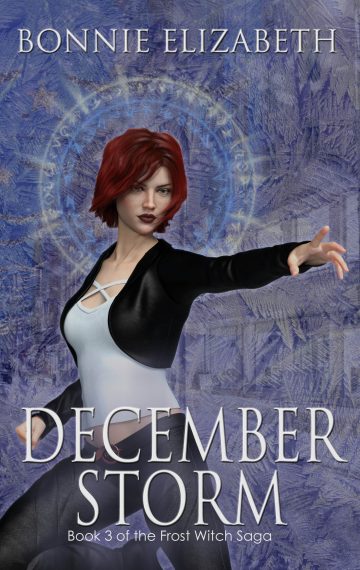 A final storm and a final showdown.

While Courtney learns to use her newfound powers, the clowder house becomes her temporary home. Even the cats no longer bother her.

When the snow starts falling again, tensions raise. A representative from Cat Home arrives to help with the battle, but when three more frost witches attack, will the single representative be enough to turn the tide?

When the clowder is worn out and nearly dying, one of their own must make the ultimate sacrifice to save them all.

December Storm is the thrilling finale to The Frost Witch Saga.