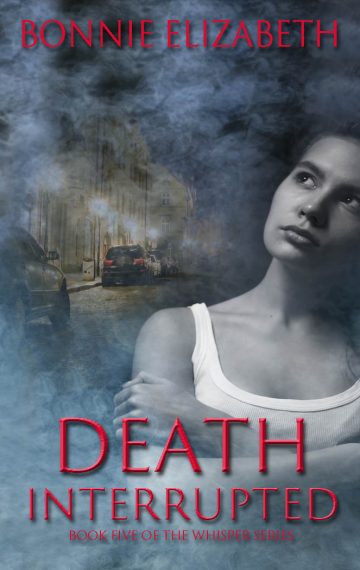 Nearly killed in a hit and run accident, Rain McFarland lives  only because of Peter’s quick actions. But death continues to stalk Rain in the form of a vampire.

The hit and run driver holds the clue that Meg needs to find out why someone would try and kill Rain. Meanwhile, vampires stalk prey where they find it with a hunger that won’t be assuaged by one victim alone.  Meg’s investigations thrust her in harm’s way, along with Rain, once again.

Peter, Whisper’s charismatic and capricious earth spirit, remains vigilant against the creature. But if the vampire forces him to choose between Meg and Rain, which woman will Peter save first?

Death Interrupted, the fifth installment in the popular Whisper series, should delight both lovers of magical fantasy and vampires.